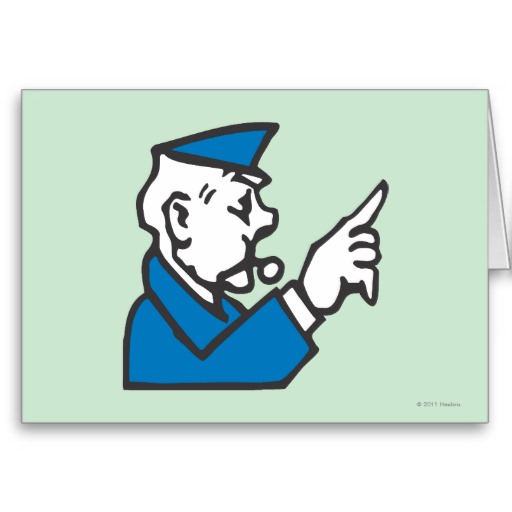 When I was a young lawyer, I once met a well-known architect whose buildings I admired. I told him so. He replied, “I only design buildings; you lawyers are the architects of society.”Perhaps the phrase “architects of society” is a little much, but it is true that lawyers have a good deal of power to shape society. Certainly we are the architects of the legal system, and I think we should face up to the fact that it presently suffers from some serious design flaws.

One flaw is that jail time is being used as  a bill collection device. Walter Scott’s case is a good example. Scott missed a child support payment that started a cycle of events that culminated in his death when he was shot in the back after a scuffle with the police when they stopped him for a broken tail light. In between those two events, Scott was caught up in a nightmare created by the legal system. When he missed a support payment, he ended up in jail; that cost him his job. He would serve his term and get another job which he would lose the next time he was jailed for missing a payment.

Once Scott complained about his plight to a judge (“How am I supposed to live?”). The judge coldly replied, “That’s your problem. You figure it out.” Here’s the full story from the NYT. http://www.nytimes.com/2015/04/20/us/skip-child-support-go-to-jail-lose-job-repeat.html?&hp&action=click&pgtype=Homepage&module=first-column-region&region=top-news&WT.nav=top-news

Missing child support is not the only trigger for the issue of a “go directly to jail” card. I reported earlier on how inability to pay a traffic ticket can lead to jail and the loss of a job. https://guileisgood.com/2015/02/24/dickens-all-over-again/ And here’s an American Bar Association Journal story about defendants who are released on probation only to be jailed later for their inability to pay the fees charged to defray the cost of supervising their probation. http://www.abajournal.com/magazine/article/probationers_prison_privatized_supervision_becomes_a_spiral_of_added_fees_j And another post reported on how high bond premiums force innocent people to plead guilty to crimes they did not commit. They take a plea bargain to a crime they did not commit because they cannot afford  the bail or to sit in jail for months or years waiting for a trial. https://guileisgood.com/2014/12/03/im-here/

Jailing people for not paying debts like child support payments or traffic citations also causes dangerous interactions between police attempting to enforce court orders and defendants who feel they have no choice but to resist returning to jail. Such a confrontation ended in Walter Scott‘s death, but it could have just as easily ended in a police officer’s death if Scott had been armed. Even where  no violence occurs, the arrests raise tensions between police and the poor communities they serve.

The common denominator in these cases is that citizens are imprisoned, not for violent conduct, but due to their inability to pay a charge imposed by the state. This form of punishment is doubly self-defeating because people in jail can’t earn the money they need to pay their debts, and while in jail they live at taxpayer expense. Of course, poverty does not immunize poor people from the application of the criminal law, but a bureaucratic system that ignores how money problems impact defendants’ lives is designed to fail.

Walter Scott’s judge told him that his incarceration was his “problem”. It is true that it was Scott who missed the support payment, but it might have been that a judge set the support payment at an amount beyond what he could pay. Even if Scott was responsible for the missed payment, we can’t blame him for the system that so dramatically worsened his situation.

We need to design a legal system that does not employ policies and procedures that effectively punish people for being poor. I doubt there is one universal solution to the problems I have described. But the situations described do all reflect a blindness to the problems defendants without money face. A smarter system would aim at the goal of keeping defendants out of jail and in gainful employment.

The good news is that after decades of neglecting the problems of criminal justice, the political class seems hospitable to reform. This NYT story makes clear that leading politicians from both parties recognize that something is very wrong with our current criminal justice system. http://www.nytimes.com/2015/04/28/us/politics/being-less-tough-on-crime-is-2016-consensus.html?_r=0

The legal profession should play a major role in guiding the reforms. The judge in Walter Scott’s case was clearly wrong. The problems of defendants like Walter Scott are our problem. We have a duty to ensure that the justice system works fairly for all citizens. Zealous representation of clients no longer should be considered as the lawyer’s only duty; we also have a duty to make sure that the system reflects in reality the ideal of due process. An unjust legal system reflects poorly on all lawyers.